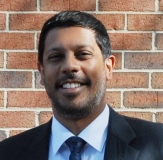 Darshan Sheth is a federal sector labor and employment attorney in private practice with Peter Broida. For 14 years, Mr. Sheth worked at the United States Office of Special Counsel, the executive agency that protects whistleblowers in the federal government. When he left OSC, Mr. Sheth was a chief in the headquarters Investigation and Prosecution Division, supervising a team of attorneys investigating and resolving retaliation and non-merit based hiring cases. During Mr. Sheth's tenure as chief, OSC secured relief for more whistleblowers and other federal employees than at any other time in the office's history, achieving record levels for three consecutive years.

Mr. Sheth has lectured extensively around the country on the rights and remedies of federal employees and represented OSC at various federal conferences and on panels discussing whistleblower laws. He has trained senior officials, attorneys, and human resources professionals under OSC's 2302 (c) certification program.

Mr. Sheth is a 1997 graduate of the Pennsylvania State University and a 2000 graduate of the Washington College of Law. He is admitted to practice law in Maryland and the District of Columbia.